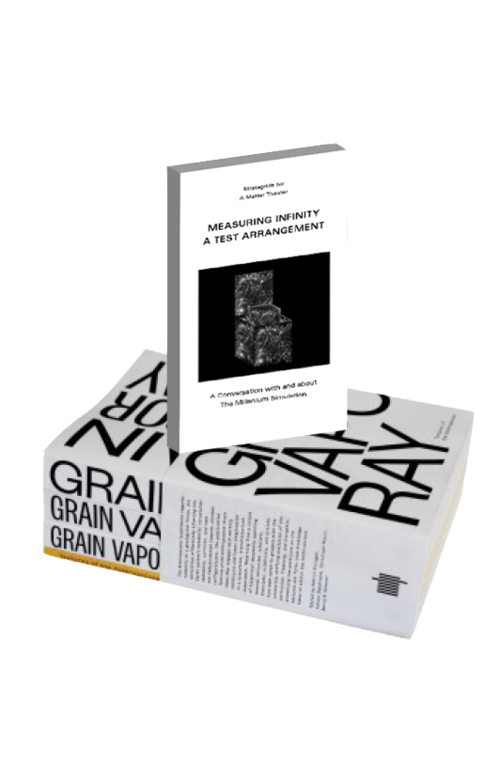 We are happy to announce the following two AKV related news:

Our partners over at Stratagrids contributed a commisioned work for the publication: Textures of the Anthropocene: Grain Vapor Ray
which is published by HKW Berlin and MIT press

The publication engages with earthly conditions and human imagination in a discursive, trans-historical experiment. Departing from a corpus of historical documents spanning several centuries, scholars, theorists, scientists, and artists have been asked to grapple with the constantly shifting qualities of the particular, fleeting, and energetic, presenting new positions on the textures and forms that knowledge takes on within the Anthropocene.

The official release is the 16th of October.

Further Stratagrids is part of the Event: A Matter Theater also at HKW Berlin. Here they show the audio visual work: Measuring Infinity: A Test Arrangement  which will also include a free publication of the same name which is supported by AKV Berlin and HKW Berlin.

The whole thing will happen on the 17th of October at the HKW Berlin starting real early. 10 am - sharp! Admission: 5€/3€

Further Info can be found here.